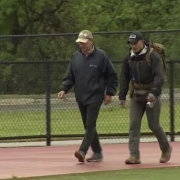 BURLINGTON, MASS. (WHDH) – A Burlington police officer took to the track, to walk for 24 straight hours in support of fallen heroes and their families this Memorial Day.

Army veteran Jake DeSantis marched around the Burlington High School track in an effort to raise money for the Massachusetts Fallen Heroes and to raise awareness for veteran suicides.

“At the end of it, there’s not gonna be a second, not gonna be step when I’m not thinking about someone who’s given that blood sacrifice,” he said.

Two of his close friends that he was stationed with died by suicide last year and inspired this act.

“From there, I wanted to spread awareness and shed a light on the veteran community as well and really every community and just show my respects to them,” he said.

Throughout the day, people from Burlington joined DeSantis for a few laps of his ruck march.

“It’s always been ingrained in me that the men and women in the armed forces deserve the utmost respect,” said town Selectman Mike Runyan.

“It’s rainy its cold but some people have seen worse days and I’m just out here doing my best,” he said.

He hopes a day of discomfort and sacrifice will help raise awareness and money for his cause.

“The colder the wetter the better because at the end of the day, this may be the hardest 24 hours that I experience physically, I know my body is going to give up — but mentally, I’m gonna keep going because there’s a higher power that I’m walking towards,” he said. “Every step that I take is one more step that’s gonna spread awareness.” 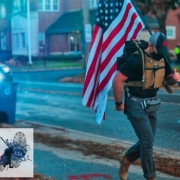 Jacob DeSantis, a Burlington Police Officer and United States Army Veteran, will be conducting a ruck march to honor our nation’s past and present service members. The ruck will take place this Memorial Day (May 31, 2021).

This past Veterans Day Jake, and his friend 1st Lieutenant Joseph Morgan, completed a 22-mile ruck as a way to show their support for fellow Veterans and our Gold Star families. Jake and LT Morgan’s altruism were a refreshing display of hope during these challenging times, especially among our Veteran population. They were able to raise $14,396 in just one week in support of our mission, surpassing their original goal of $500 to be donated.

Jake will be conducting a 24-hour ruck march in order to raise money once again for Massachusetts Fallen Heroes. The march will begin at 12:00 AM on May 31, 2021 and will conclude at 12:00 AM on June 01, 2021. The ruck will take place in its entirety at the Burlington High School track located at 123 Cambridge St, Burlington, MA 01803. 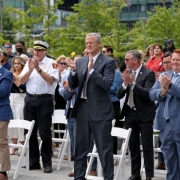 See a photo collection from this year’s rededication of the Massachusetts Fallen Heroes Memorial, located in the Seaport area of Boston. 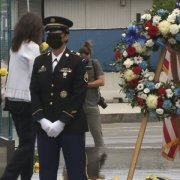 The memorial and 50-foot tall Beacon of Honor on Northern Avenue is a tribute to those who died in the war on terror since September 11, 2001.

The names of 272 fallen heroes from Massachusetts are displayed on glass panels. Service members who died in 2019 and 2020 were added on Friday.

Gold Star families were honored at the event for the sacrifices they have made.

“The loss associated with losing their son or daughter, their brother, their sister, will wear on their face for the rest of their lives. And I’ve seen it, every time I’ve been with them,” said Baker. “But there’s also a sense of pride about the fact that they raised a child that answered the call when the call came. And the pride they felt was also every bit as evident as the pain.” 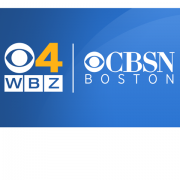 Partnership has been focused on providing veterans access to cannabis

Over $100,000 has been raised to date for veterans initiatives

WAKEFIELD, Mass., March 17, 2021 — Curaleaf Holdings, Inc., (CSE: CURA /OTCQX: CURLF), a Massachusetts based company and a leading U.S. provider of consumer products in cannabis, today marks the one year anniversary of its partnership with the Massachusetts chapter of the Veterans Cannabis Project (VCP), an organization that advocates for legal and supported access of medical cannabis for veterans. As part of this partnership, Curaleaf has raised $107,000 for veterans organizations through the sales of its VCP pre-rolls over the past year at its Hanover medical dispensary as well as its locations in Oxford, Provincetown & Ware, Massachusetts.

Although state laws have permitted marijuana in Massachusetts and in 35 other states, 20 million veterans across the country are unable to access medical cannabis to help them cope with a number of physical and mental health issues including PTSD, because of federal laws. The Veterans Cannabis Project (VCP) strives to bring additional visibility to this important issue to help millions of veterans across the United States and those here in Massachusetts to have greater access to high quality medicinal cannabis they want and deserve.

“Curaleaf has helped us bring this critical issue to the forefront in Massachusetts and across the nation,” said Doug Distaso, U.S Air Force Veteran and Executive Director for the Veterans Cannabis Project. “Through their commitment to helping underserved communities like veterans, we can continue to advocate for access to cannabis as medicine. Veterans and their families overwhelmingly support federal legalization, and it’s our mission to ensure their elected officials take action on this issue.”

In addition to increased awareness on the issue of veterans access to cannabis, Curaleaf has donated the $107,000 it raised to both the VCP and MA Fallen Heroes, which helps empower veterans through education, employment, healthcare and housing.

“We don’t know where we’d be without a partner like Curaleaf,” said Dan Magoon, Executive Director of Mass Fallen Heroes. “This past year has been extremely difficult for everyone and we salute Curaleaf for never wavering in its support of our mission to assist Gold Star and military families throughout Massachusetts and New England.”

“The COVID-19 pandemic has impacted us all, and it’s our responsibility to stand by our non-profit partners like Mass Fallen Heroes and the Veterans Cannabis Project during this critical time where the needs of military veterans and their families have only grown,” said Patrik Jonsson, Curaleaf Northeast President. “We look forward to our continued work on behalf of our veterans.”

Coupled with the major donations, Curaleaf has supported employment and awareness efforts for military organizations through its involvement in the Mass Fallen Heroes Innovets program, which is an incubator for entrepreneurship among military veterans, and through several volunteer efforts. 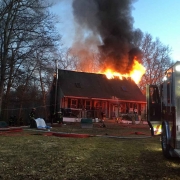 On Saturday, March 6, 2021, one of our Gold Star families endured a scary and traumatic event—the loss of their home. Flames engulfed the residence where the Duffy family resided in Taunton, Mass. Fortunately, the Duffys were uninjured after getting out in time. However, their home has been totally destroyed along with all of their personal items.

Keavin is a retired Taunton Firefighter. He and his wife Frances raised their four children in this home, one of them being Shane. SGT Shane Duffy made the ultimate sacrifice on June 4, 2008, in Iraq while serving in the Army.

This life-changing incident has rocked their entire family, and once again they are forced to pick up the pieces and attempt to continue on. Please join us in showing the Duffy family that we all have them in our thoughts and prayers and will be assisting them by raising funds for rebuilding their home and providing them with any other assistance needed.

Your donations are greatly appreciated, as well as your effort in sharing the donation info with as many people as possible. Mass Fallen Heroes has pledged $5,000.00 and 100% of all funds raised will be restricted to the Duffy Family. 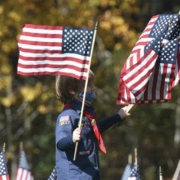 Get the latest news about Massachusetts Fallen Heroes. In this issue, we cover:

A new partnership will provide 50 veterans with jobs. Curaleaf is working with Mass Fallen Heroes and Project New Hope. The marijuana dispensary is adding full and part time jobs at its grow and manufacturing facility in Webster.

They say at a time when many other businesses are closing because of the pandemic, they’re able to expand and want to provide jobs to people who served our country. Curaleaf also donated almost $10,000 in funds to veterans groups.

“It comes from the proceeds of our Veteran Cannabis Project products, that’s a brand of products. A dollar of every sale goes to Veterans Cannabis Project and Mass Fallen Heroes,” said Curaleaf president, Patrik Jonsson. 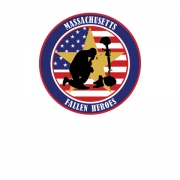 Curaleaf Holdings has announced that it is partnering with two Massachusetts veterans organizations to recruit applicants as more than 50 new jobs have opened at the company’s Webster facility.

The vertically integrated marijuana company is adding the new jobs to its expanded grow and manufacturing facility in Webster and is partnering with Mass Fallen Heroes and Project New Hope Inc., according to a statement.

Through those partnerships, Curaleaf hopes to recruit qualified veteran applicants for the new jobs, the statement said.