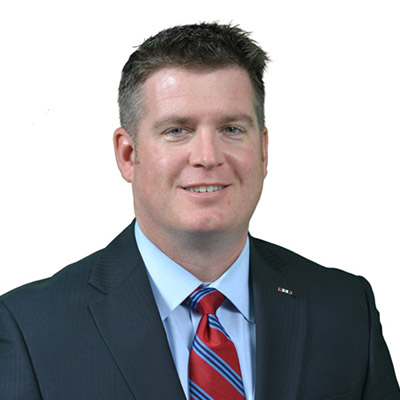 Mr. McKenna works on a wide range of projects at Lynch Associates ranging from government and community relations to strategic communication and coalition building.

Prior to joining Lynch Associates, Mr. McKenna most recently worked at the Massachusetts Department of Veterans’ Services (DVS) as the Director of Communications and Intergovernmental Relations where he was the senior advisor to the Secretary of Veteran Affairs in all matters related to communications, policy, and external relations for statewide agency serving more than 385,000 veterans, service members and their families. Additionally, Mr. McKenna was the primary liaison and negotiator with the Massachusetts Legislature on all policy related matters affecting veterans including annual budget advocacy. In this role he provided counsel to the Governor’s office, executive agencies and legislators on a broad spectrum of issues affecting veterans and their dependents in the Commonwealth. Major initiatives included the passage of Valor Act I and Valor Act II; the launch of new web portal www.MassVetsAdvisor.org, and Boots to Business Networking and Mentoring Pilot Program with the Greater Boston Chamber of Commerce designed to provide direct relationships between Greater Boston’s employers and veterans.

Prior to his work at DVS, Mr. McKenna served for 10 years in the Massachusetts State House for former state senator and current AFL-CIO President Steven A. Tolman. In the Senate, his roles included District Director and Chief of Staff.

Mr. McKenna is graduate of the University of Connecticut where he majored in Political Science. Additionally, he is 20-year member of the Army National Guard and a veteran of Operation Enduring Freedom in Afghanistan. Mr. McKenna still serves as a Chief Warrant Officer 2, UH-60 Blackhawk Instructor Pilot.