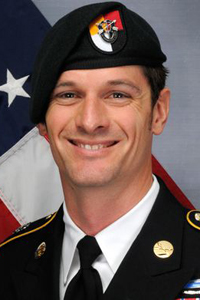 Hometown: Dorchester, MA
Family: He is survived by his wife Allison, and his three daughters, Lucy, Ruby, and Emilia.

“Few are the men whose lives linger on past their last breath. Fewer are those that live on in the memories of an entire nation. Eric is one of those few gallant men. Father of three small girls, husband to an exceptional woman, friend, and mentor to countless others. Eric led a life defined by service. Co-founder of MFH, Eric dreamed alongside his friends of a memorial to Honor those Fallen from the state he called home. Those he fought beside not only as a Marine but later as a Green Beret. He didn’t just dream but also fought for the beautiful memorial we now have in the Seaport.

Further, he had a hand in creating the community of Veterans and Gold Star Families that MFH has become. Selfless, fearless, honorable, and consistently humble: these are words that can merely provide a glimpse into that man I called my friend. We remember him every day as one of the nearly 300 names of those lost from the great state of Massachusetts since 9/11. Eric, you are loved, respected, and incalculably missed. Semper Fi and De Oppresso Liber, Hero.” – Dan Magoon.