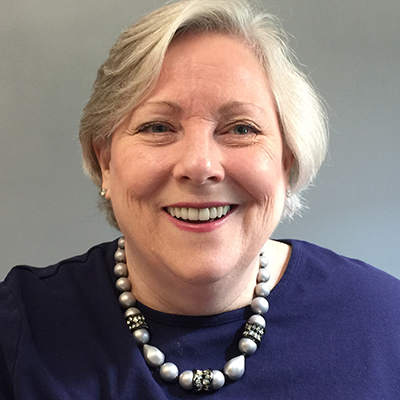 Christine M. Griffin returned to DLC in 2013 as Executive Director of the Disability Law Center, a position she held previously from 1996 to 2005.

Ms. Griffin has an extensive history of work in disability across public and private sectors. As Deputy Director of the U.S. Office of Personnel Management, she was responsible for the federal agencies implementation of President Obama’s Executive Order on Increasing Employment of Individuals with Disabilities in the Federal Workforce, planned and implemented the first federal hiring event for people with disabilities and oversaw the creation of a newly established Government-wide Diversity and Inclusion Office.

As a Commissioner on the Equal Employment Opportunity Commission, she oversaw the development of enforcement policies and planned and presided over public EEOC hearings and investigations of federal employee complaints. She also established the LEAD (Leadership for Employment of Americans with Disabilities) Initiative, a national outreach and education campaign to address the declining number of federal employees with severe disabilities.

Ms. Griffin began her legal career as a Skadden Fellow at the Disability Law Center where she provided, outreach, training and representation on ADA issues to un-served and underserved communities within the disability community in Massachusetts.

She has a history of providing capable leadership on a range of policy issues and participates in the legislative and political process on behalf of a culturally diverse constituency. She has also been a member of the Massachusetts Developmental Disabilities Council; the Board of the Easter Seals Massachusetts; the Massachusetts Board of Higher Education; and the Board of Directors of the New England Paralyzed Veterans of America.

She has also served as a Trustee of the Paralyzed Veterans of America Spinal Cord Research Foundation and the Massachusetts Maritime Academy.

Ms. Griffin served on active duty in the United States Army from 1974 until 1977. She holds a law degree from Boston College and earned her undergraduate degree from the Massachusetts Maritime Academy.

Edward A. Kelly
Scroll to top