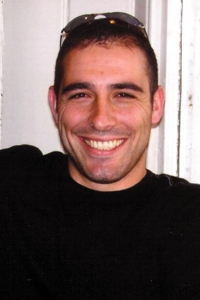 Hometown: Davers, MA
Family: Brad is survived by his mother, Mary (Davis) of Danvers; a brother, Robert of Atlanta, GA; a sister, Kelly Cison of Chicago, and several aunts, uncles and cousins. His father, Alexandru Svoboda, passed away on March 23rd, 2008.

My brother, Staff Sgt. Brad Alexander Svoboda of Danvers, a Military Policeman, died Feb. 22, 2007 in a motor vehicle accident in Panama. He was 29. Born in Beverly, he lived in Danvers all his life.

Brad was serving as a Staff Sergeant with the Army Reserves Military Police. He joined the Army in March 1996, completing his basic and advanced training at Fort McClellan, AL. He served several tours of duty with the 94th Military Police Company, Manchester, NH, including eight months in Bosnia and 21 months in Iraq.

Brad, in his role as S-2 and TF ADVON, was reconnoitering a MEDEVAC Helicopter Landing Zone when the HMMWV he was riding in was hit by a truck on a remote jungle road as it was attempting to make a left hand turn. The HMMWV driver, SPC Christopher Conn (1981-2007) of Redlands, California, also perished as a result of the accident. The local national truck driver who hit the HMMWV interpreted the left turn signal SPC Conn had turned on as an okay to pass on the left which is a local mountain road custom. (I visited after the fact and can confirm this is the case as I witnessed it several times driving to Bocas Del Toro).

Brad hoped to work for a government agency after his return from Panama. He had completed course work at Aberystwyth University in Wales, England. His dissertation was reviewed and he was posthumously awarded a Masters in International Securities Studies.

Brad was a huge history buff and had a knack for working with computers. He excelled in all he did. He loved traveling and visited most of the United States as well as Syria, Jordan, Cyprus, South Korea, Europe, Mexico, and the Caribbean. He loved the outdoors and skiing and hiking with friends in the White Mountains. He also loved Legos.

Brad is survived by his mother, Mary (Davis) of Danvers; a brother, Robert of Atlanta, GA; a sister, Kelly Cison of Chicago, and several aunts, uncles and cousins. His father, Alexandru Svoboda, passed away on March 23rd, 2008.