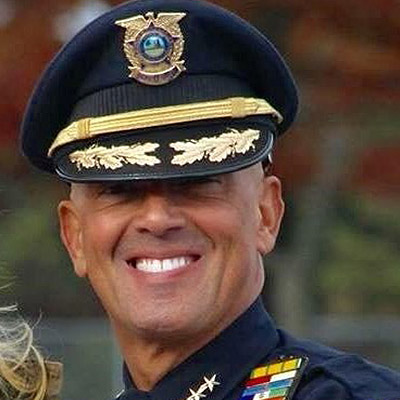 Deputy Chief Steven George Xiarhos was born and raised in New Bedford, Massachusetts and is an alumni of Anna Maria College, Northeastern University, and Cape Cod Community College where he majored in Criminal Justice and Law Enforcement.

Deputy Chief Xiarhos has attended numerous specialized training courses and is a graduate of the Babson College Command Training Course and the FBI Law Enforcement Executive Development Seminar. He is the recipient of 22 various police department awards and decorations including Officer of the Year, Yarmouth Area Chamber of Commerce Person of the Year, Rotary Club of Yarmouth Vocational Service Award, Mothers Against Drunk Driving Officer of the Year, and the Barnstable County Human Rights Commission Rosenthal Award.

Deputy Chief Xiarhos lives on Cape Cod and has four children. He is a Gold Star Father in honor of his oldest son Nicholas who died at age 21 on the battlefield during Operation Enduring Freedom while going to the rescue of fellow Marines in combat as part of ‘Operation Strike of the Sword’ in the Garmsir district of Helmand Province Afghanistan on July 23, 2009. His son Alexander serves alongside him as a full-time Police Officer in the town of Yarmouth and his daughters Elizabeth and Ashlynne are in college and studying to be Educators.

Deputy Chief Xiarhos is a lifelong Patriot and the son and grandson of United States Army and Air Force Veterans. He has a strong desire to assist and support the men and women of our American Armed Forces and Veterans and Military families of all wars and conflicts especially post 9-11 and he currently serves on the Board of Directors of the Massachusetts Iraq and Afghanistan Fallen Heroes Memorial Fund and Independence House; as well as a Volunteer for Wounded Warrior Project.

Deputy Chief Xiarhos has successfully initiated and coordinated many community fundraising and awareness events including the YPD BLUE 5K Run for a Reason, Wounded Warrior Project Soldier Ride Cape Cod, First Responder Appreciation Freedom Ride, Big Nick’s Ride for the Fallen, and Confidence with Every Stroke Swim Program for Wounded Veterans; as well participated in and completed numerous road races including the Marine Corps and Boston Marathons as well as the Marine Corps Honor Run, the Falmouth Road Race, Boston Firefighters 10K, the Boston Run to Remember, and the Marine Corps Marathon 10K.