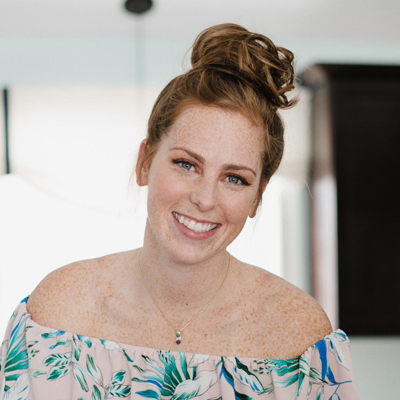 Kelsey Duffy Powers is the Gold Star Sister of SGT Shane P. Duffy who was Killed in Action 04 JUN 2008 in Afghanistan. She is the CEO and Founder of Homespun Creative Designs and Sgt.SPD, LLC. On top of all that, Kelsey is both Founder and Executive Director of the Shane P. Duffy Memorial Foundation.

Kelsey’s dedication to the MFH mission is undeniable. A force of nature on the job, she is also a beam of light in the office. We are 100% convinced she runs on coffee, kindness, and heart. Kelsey is a longtime MFH teammate, having worked for the organization since 2017. She is the guru for all things social media and design, and has a hand in all programming. Her eye for detail and fresh perspective invigorates the team and brings a positive energy to every project.

Kelsey works directly with the Executive Director to maintain the website, develop PR campaigns, and expand public engagement. She is responsible for the successful rebranding of the 10th anniversary collateral and the MFH logos. In addition to her daily work at MFH, Kelsey has enabled the creation of New Hampshire Fallen Heroes alongside the Executive Director.

Kelsey holds a degree from the University of Rhode Island. She lives in Taunton, MA with her husband, daughter, son, and two dogs.